Patching and Migrants starting to appear.

On the patch at Hollesley this morning were 2 White Wagtail, the Little Ringed Plover still. 8 White-fronted geese,  Peregrine in its usual tree. 4 Buzzards, 1 Marsh harrier and a Rock Pipit in fields  behind screen which people are reporting as a Water Pipit I believe.
First Butterfly of the year through the garden is a Red Admiral minus the Peacock hibernating in my shed.
13th March
Today had seen a fall of wagtails 6 Whites and 27 Pied. 16 white-fronted geese still in fields .  On the main flash were 1 Little Ringed Plover still, 2 Adult Yellow Legged Gulls and, 1 Adult Caspian Gull 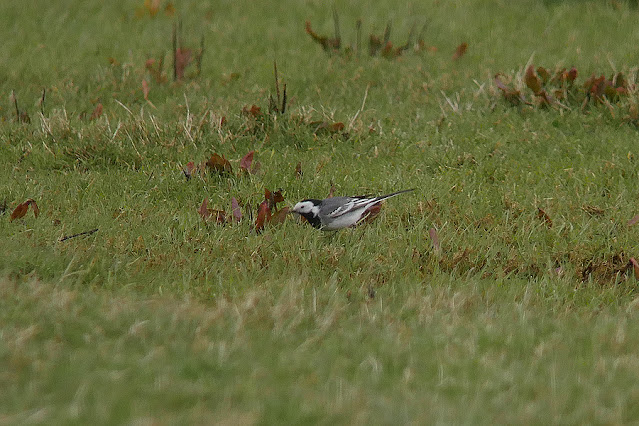 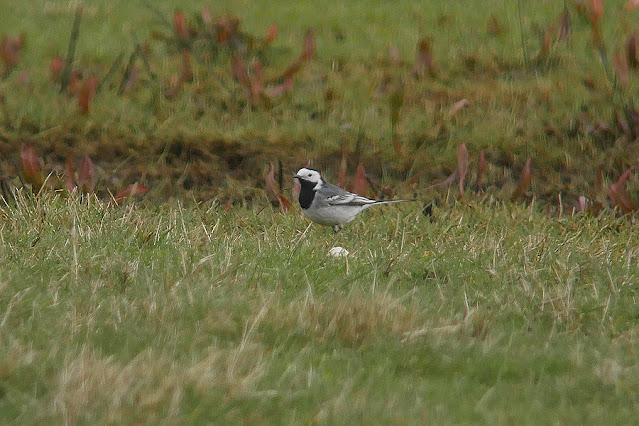 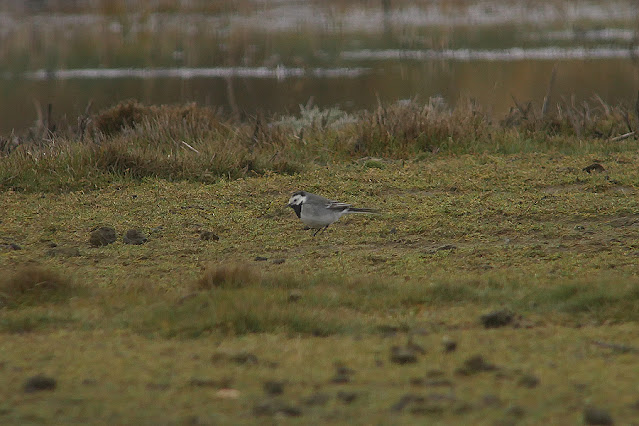 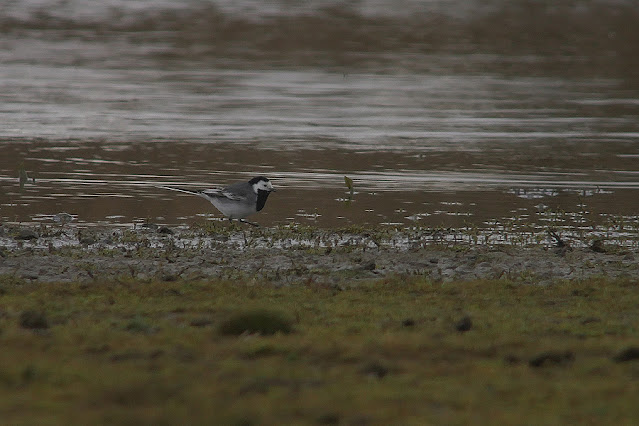 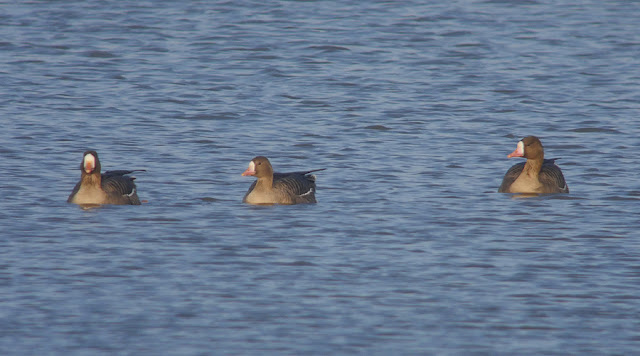 14th March
14 White-fronted geese still, 1 White Wagtail, a Green Sandpiper on the flood behind the screen and 11 Avocet on main flash for the first time this year. 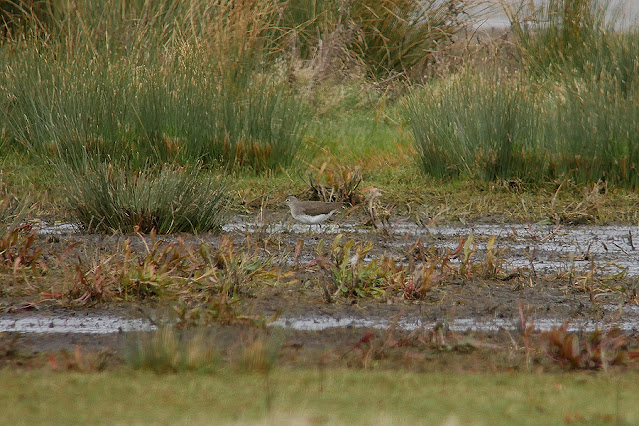 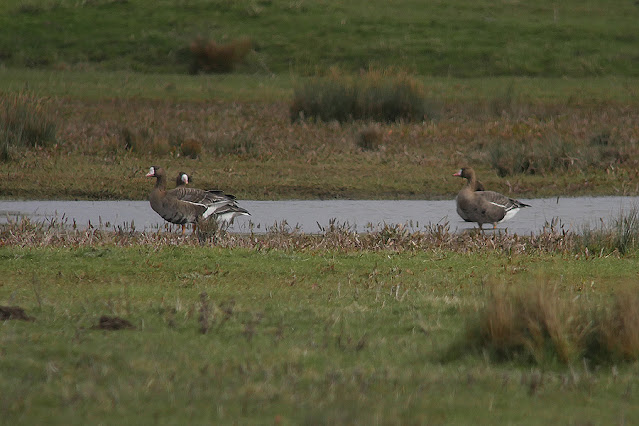 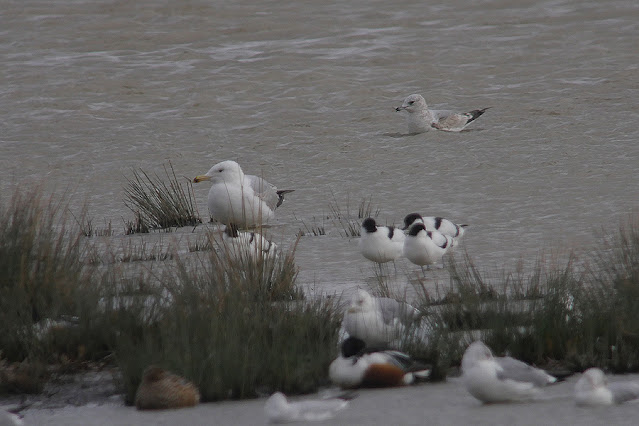 17th March
Had a visit to Staverton Pools again where the Hooded Merganser was disappointingly still there. The longer it stays the less Genuine it becomes. A Juv White Fronted Goose was new for the site for me at least. Marsh Tit still and a pied wagtail roost of 40 was appearing. 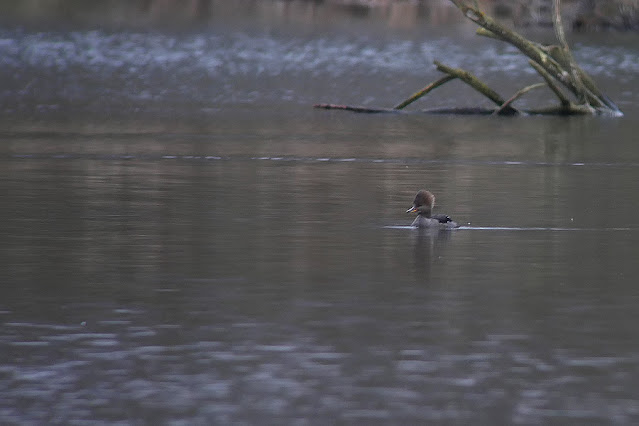 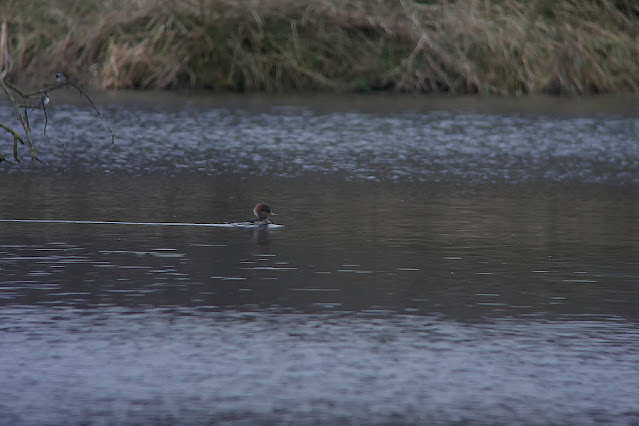 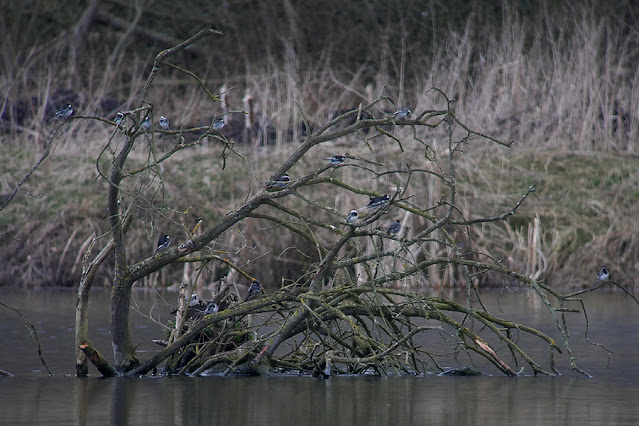 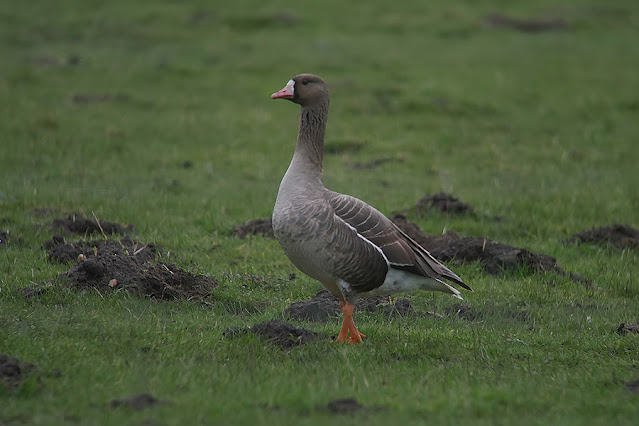 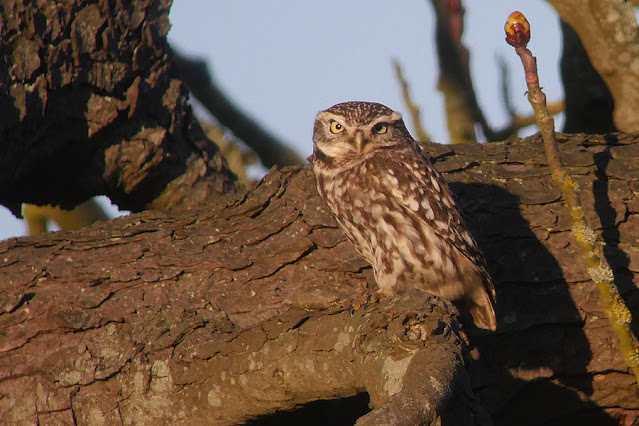 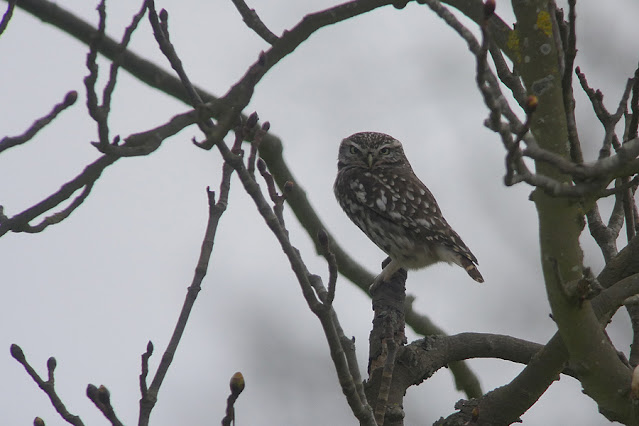 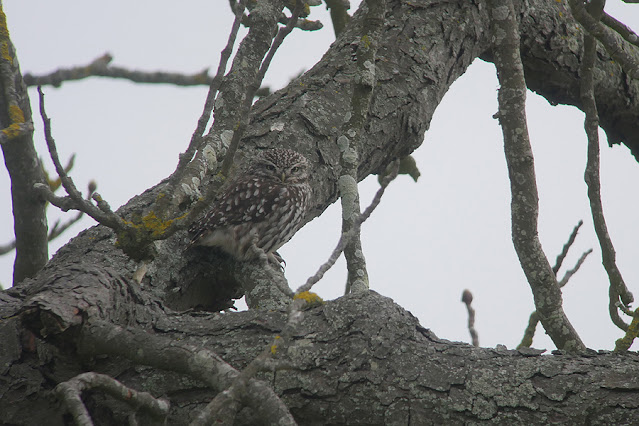 March 25th
Popped into Boyton after work to find 4 Nice Spoonbill, 4 Pink footed Geese a fly over Bittern and a Chiffchaff. 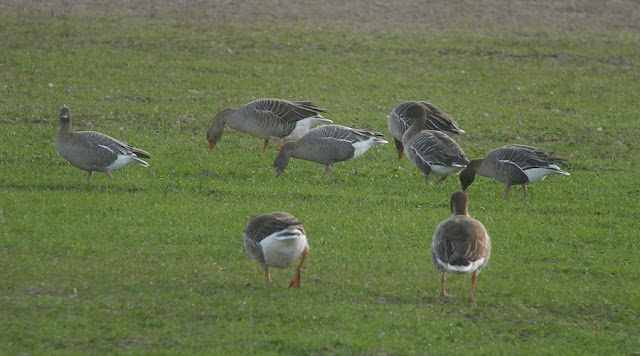 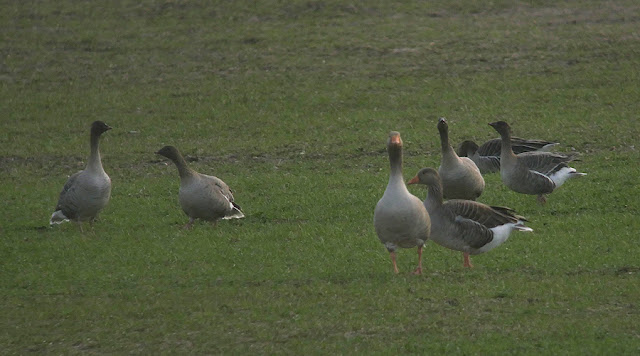 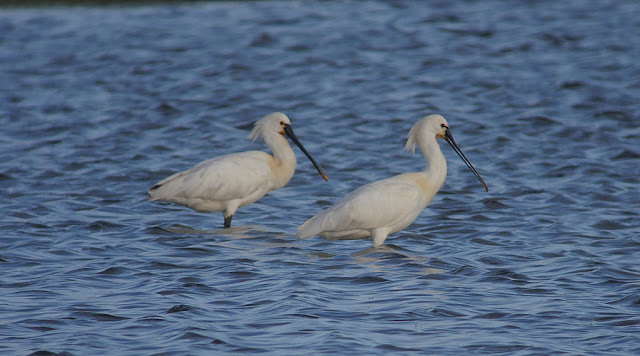 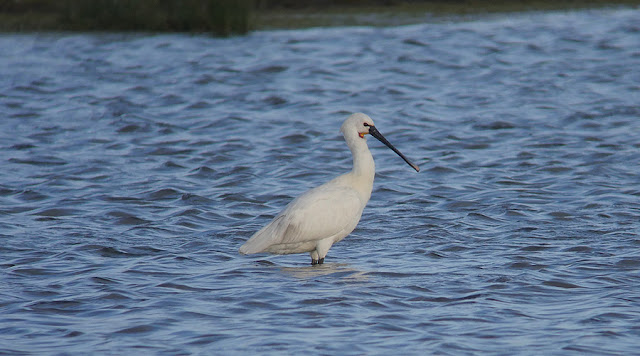 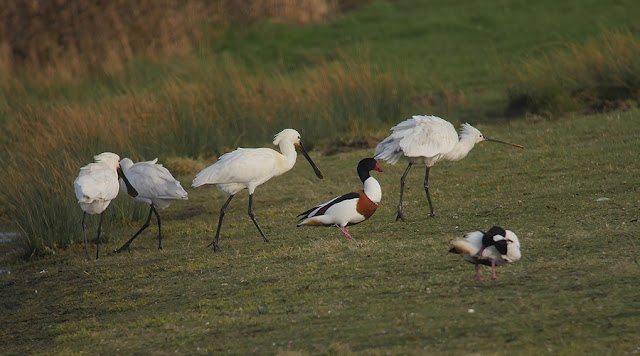 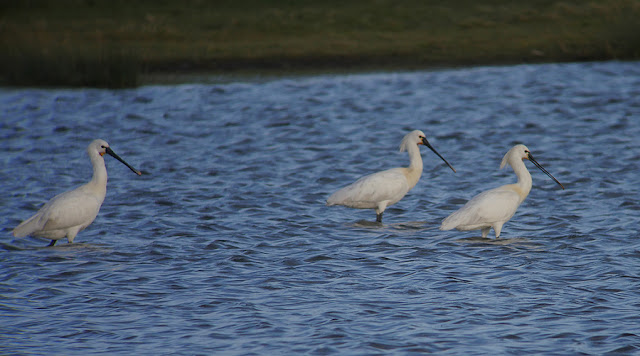 26th March
Back at Hollesley and migrants really starting to appear now with a distant Male Wheatear, Chiffchaff singing although 11 White-fronted geese were still here. A peregrine made a fly past and a Pink-footed goose was with Greylags. 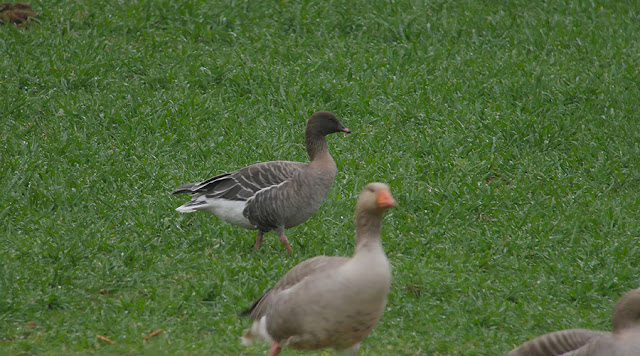 Back in the Garden the Badgers and Fox's were still with us.
March 27th
An 80 Species day today. All my records go on EBird these days as it calculates where you have been etc. pretty good app, still don't know how to use it fully but the basics for me is good, shows what species when and where .
Walked from home along the River bank to Boyton and it was pretty good. Highlights were 3 Sand-martin, 1 Swallow 2 Wheatear 4 Spoonbill again but in flight, 2 Chiffchaff and 5 Pink-footed geese 4 at Boyton 1 at Hollesley. 11 White-fronted Geese Hollesley and 1 with Greylags at Boyton. 1 Summer Plum Black tailed Godwit at Hollesley with many more at Boyton. Avocets number slowly growing at both sites.  A Brent Goose at Boyton and a few Yellowhammers.
March 28th
Will be going out shortly.
Posted by Craig Digiscoper Shaw at 13:00