During the week ive changed my routine a little, covering Corton Wood instead, just fancied a bit of a change. 2 Firecrest were still in the North end and decided to actually show well for a few minutes. The Great Spotted Woodpeckers are very vocal now.
Not been very far this weekend but the patch has been ok. Yesterday I started with another Woodcock in the Disused Railtrack, a poor young Red fox had died over night by the pond.
On a seawatch 107 Red Throated Diver with groups of 23 and 25, 1 Very nice Great Northern Diver. 3 Fulmar, 50 Common Scoter, couldn't pick out a Velvet unfortunately. 11 Gannet distantly and a few other bits that's weren't ide able. An Adult Med Gull was a patch year tick. Back in the clifftop field that has now been ploughed, 50 + Skylark, Meadow pipits and a single Reed Bunting. 2 Snipe gave them selves up.
I did nip up to Pakefield to go take a look at the 11 Snow Buntings but couldn't find them.

Today its windy and horrible with lots of heavy showers but I persevered on heading straight for the cliffs. I got set up and the first birds I picked up in the scope were incredibly 11 Snow Buntings in off and headed North. I thought these were gonna be the Pakefield birds moving but then Jane put them out as still being present. Gooood Start. Sea watching was difficult as the rain kept making visibility difficult and the strong wind buffeting the scope. So after seeing a few Red Throated Divers, loads of Cormorants a few Gannets 3 Fulmar, and a distant Skua I gave in and headed for the woods but the winds keeping everything down. So here I am back at home watching the Tennis. Come on Murray....

Well Murray soon lost so nipped upto Ellough to look through the gulls. Glaucous and an Adult Caspian had been reported today, but after 20 min search no sign, then a Peregrine with prey flew over calling and stopped the gulling as everything flew off.
Headed to North Cove for another look at the Little Owl. 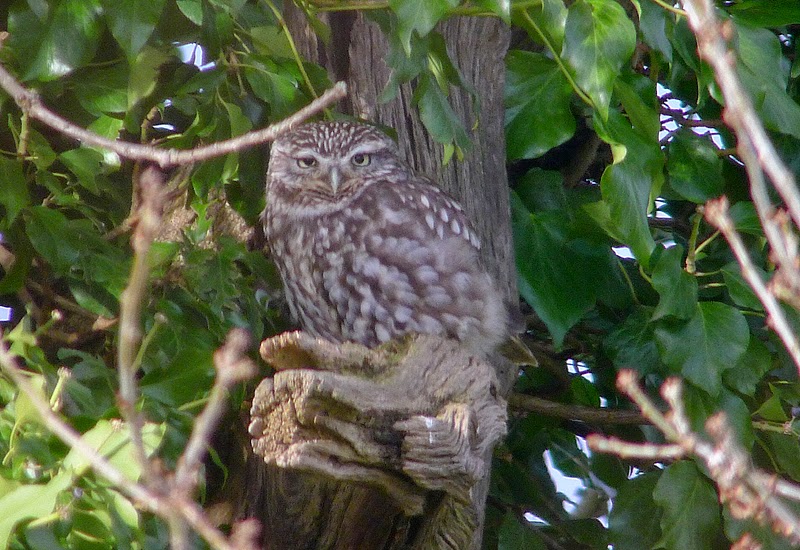 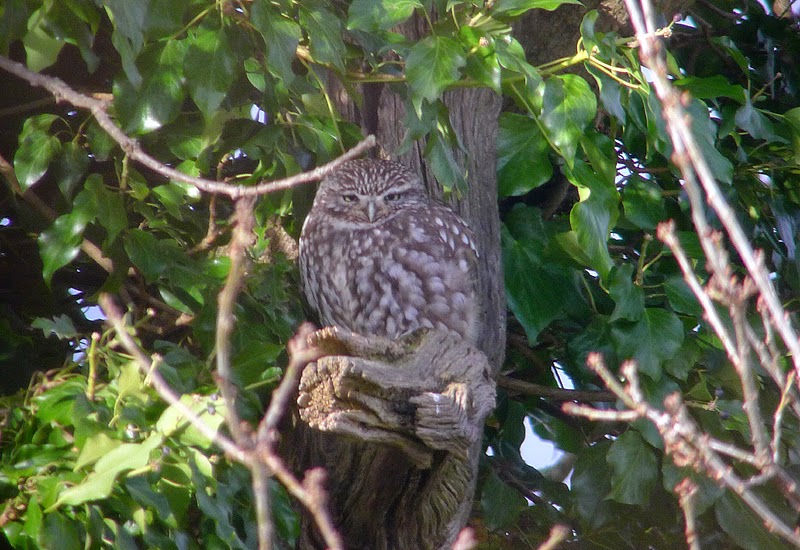 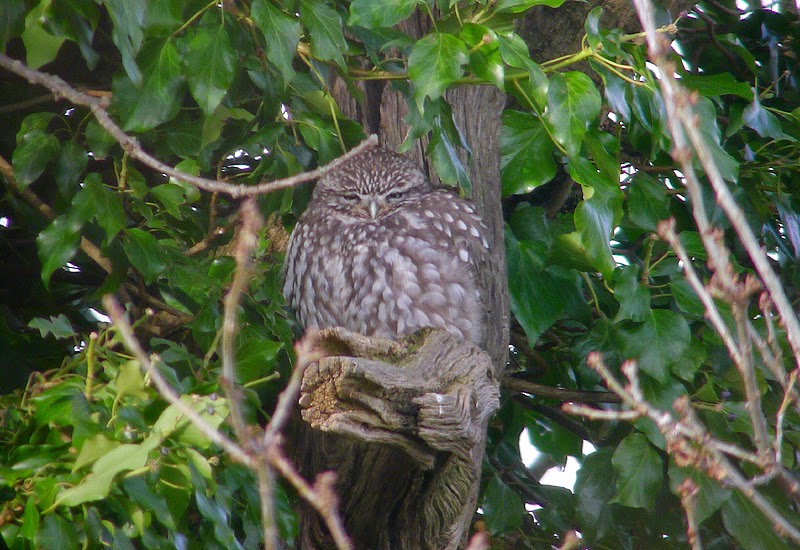 Posted by Craig Digiscoper Shaw at 11:40