Started on the patch and immediately heard Yellow Wagtail somewhere, Some were actually flying over but 2 were on the deck. 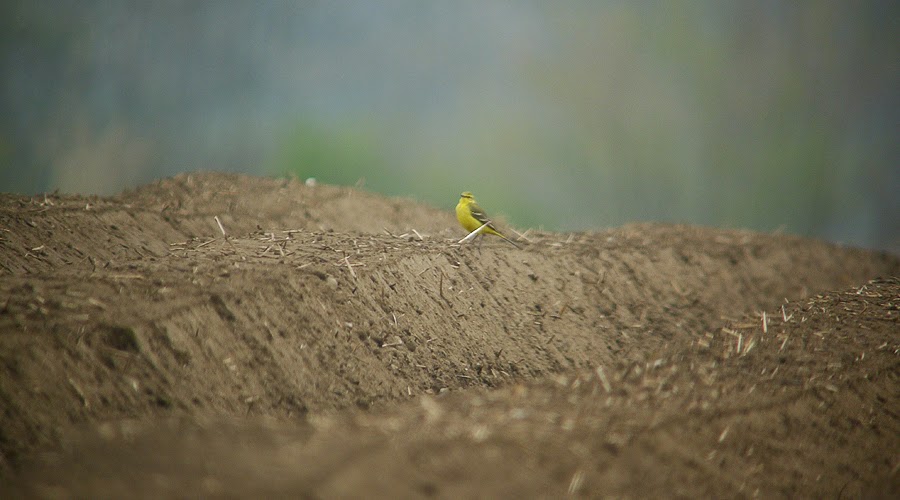 Continued on to the ponds where the Lesser Whitethroat was singing away merrily. Showed intermittently too. 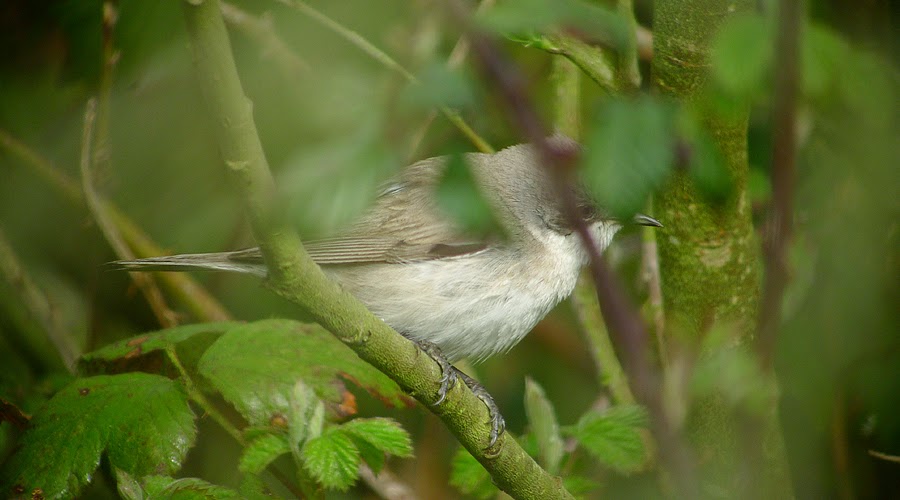 Got around to the old Sewage works listening to many more Yellow Wagtails flying over then 2 Whimbrel feeding in the field. James had these birds on the next field at Broadlands Caravan Park. 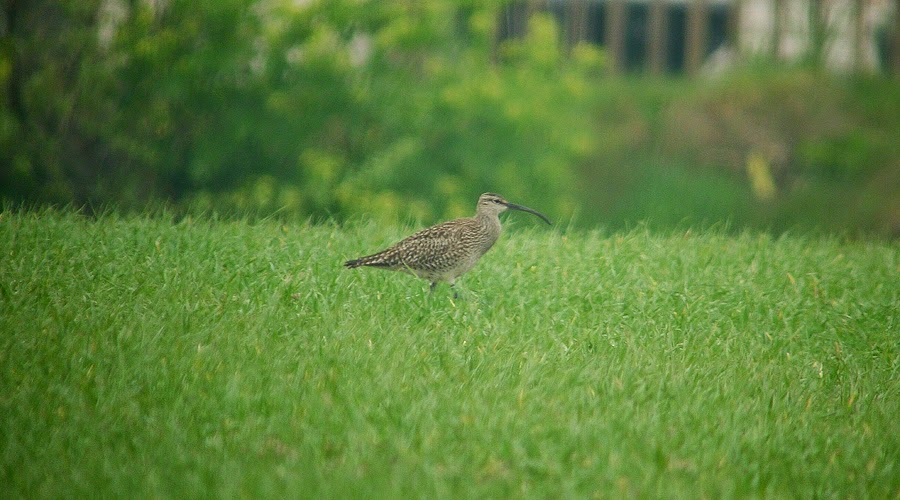 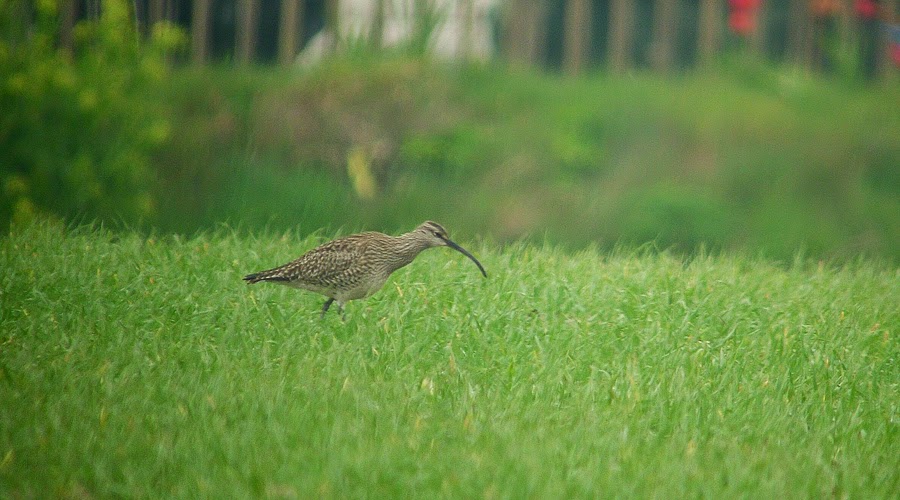 James also had a Bar tailed Godwit on the Caravan Park, I scoped it from where I was and could see it had no fear of people or dogs so nipped up for a better look and some pictures. 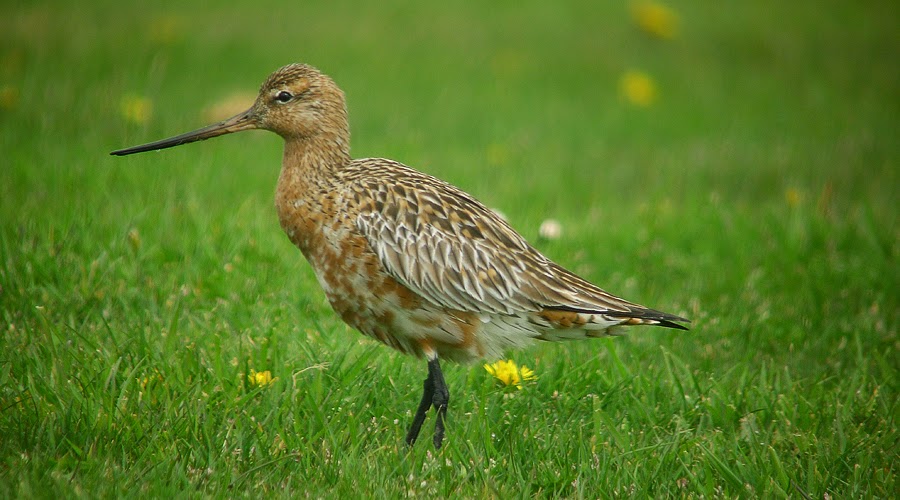 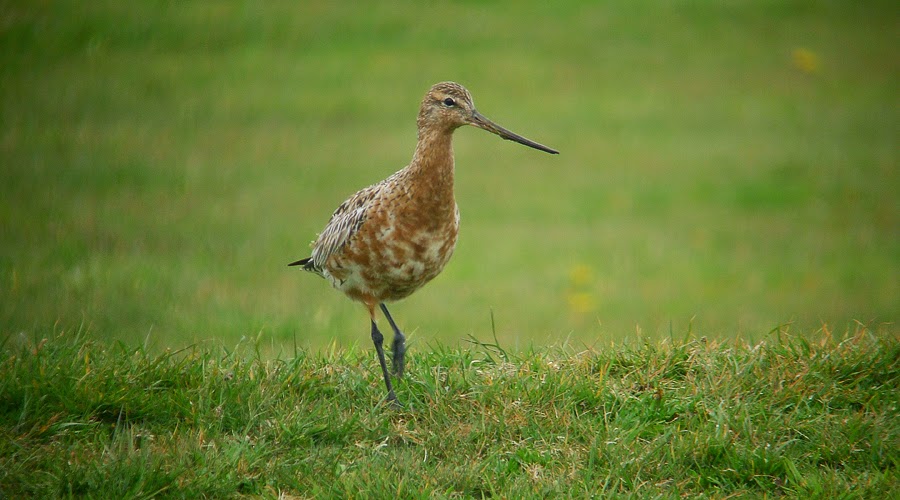 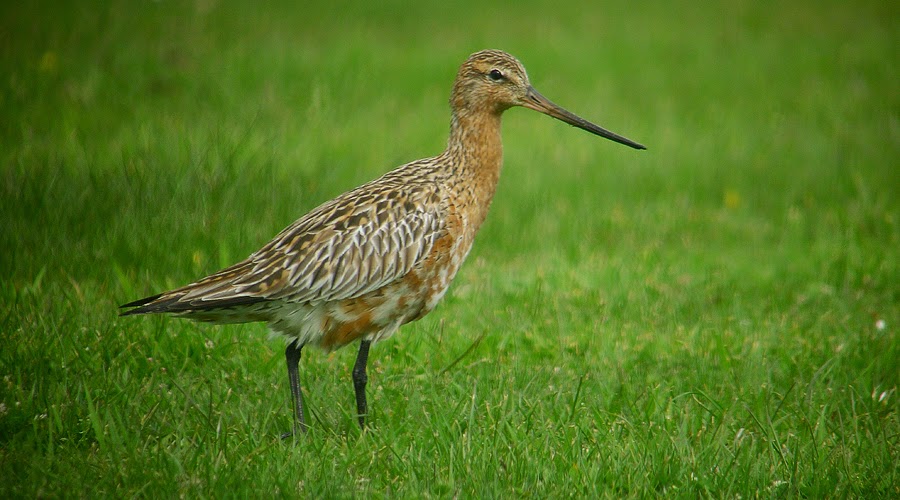 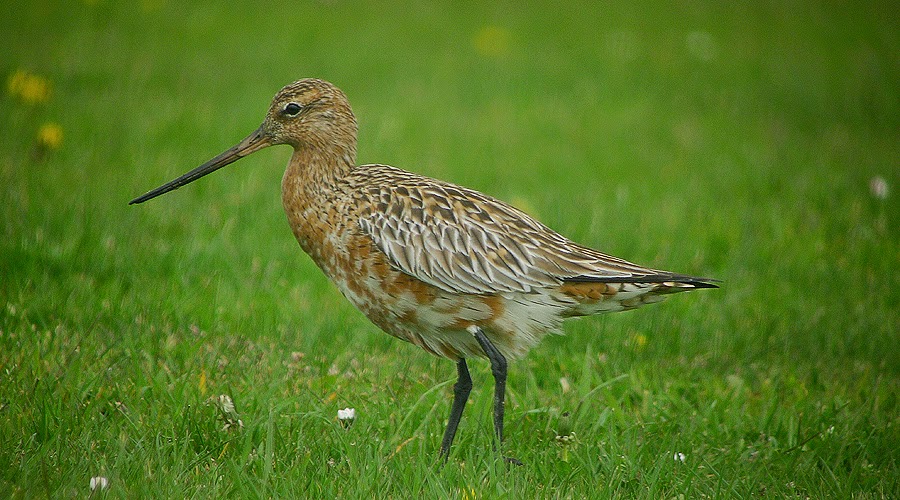 Whilst watching the Godwit a few Sand Martins rested on the wires, there were a lot more than there had been, seemed like up to a hundred, with smaller numbers of Swallow. 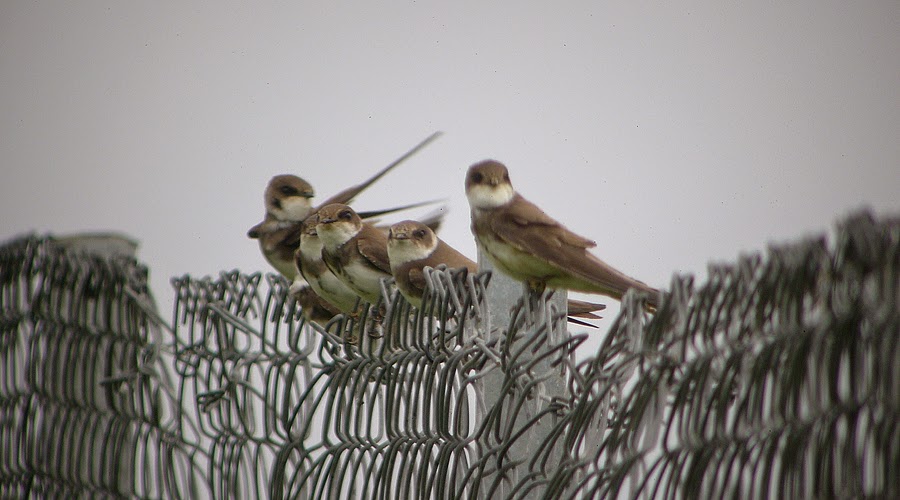 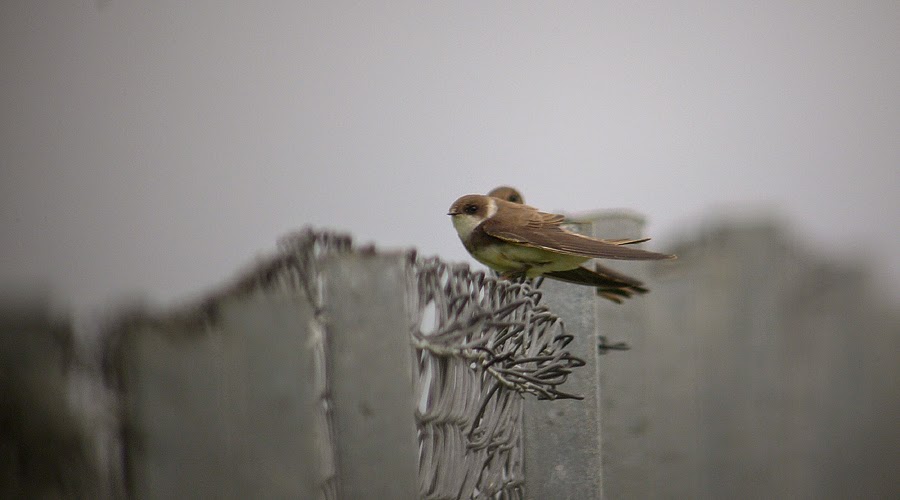 Headed home and picked up the 2 Whimbrel on the beach this time but very little else after.

Headed for Oulton Marsh where a pair of Garganey and 2 Mandarin Ducks had been found. It wsnt nice weather wise but I did finally find the Garganeys but the Mandarin's moved to Carlton Marsh so missed em. 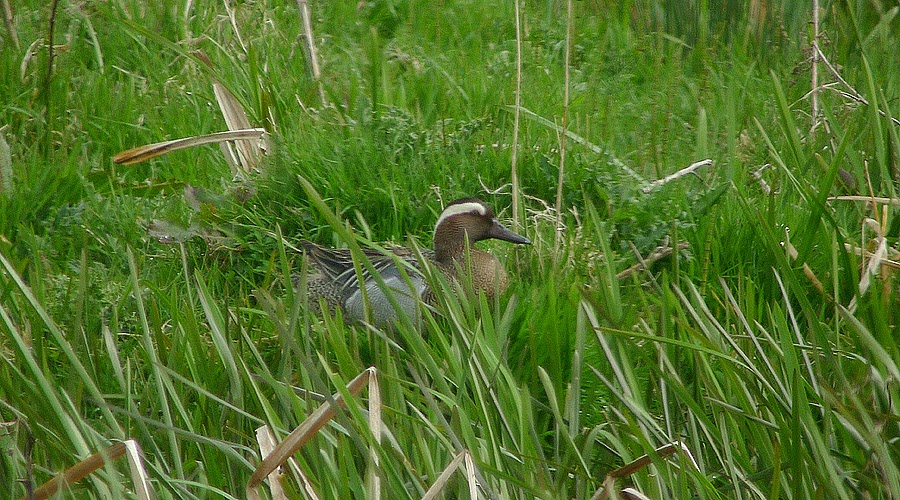 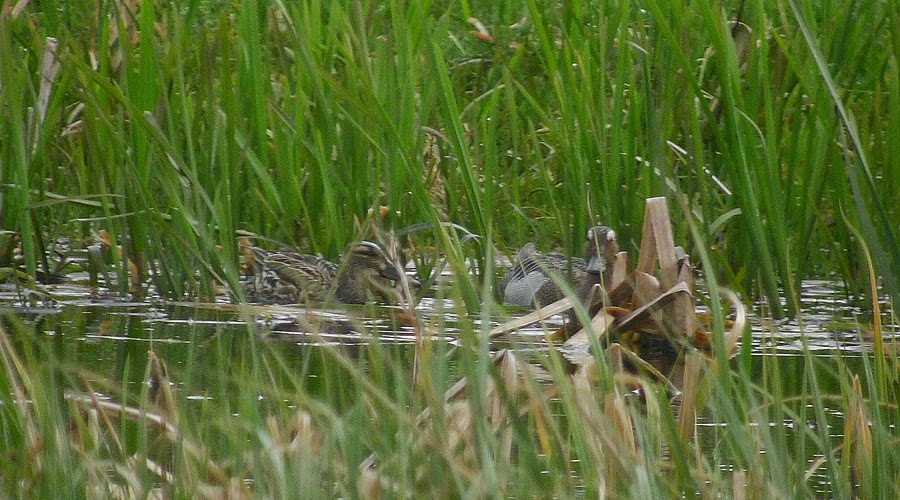 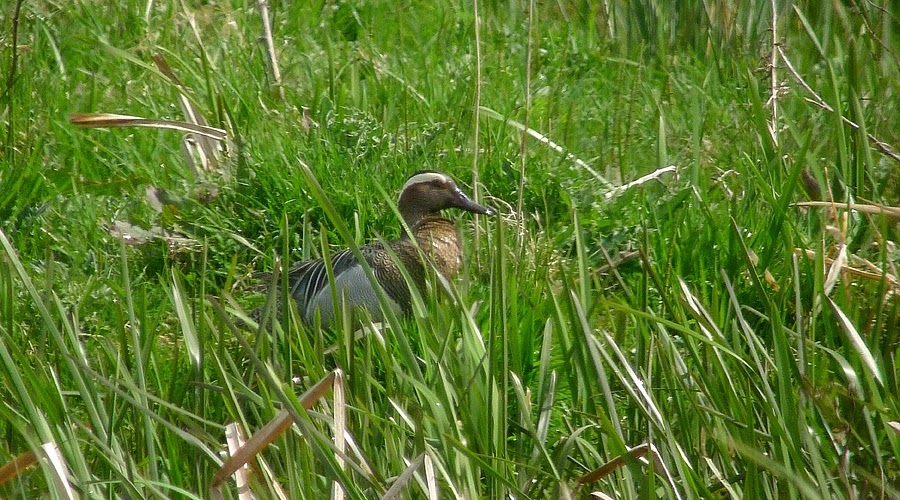 More Yellow Wagtails here, my first Cuckoo of the year, Reed Warblers, Sedge Warblers, Cettis, Willow Warblers and a Whimbrel were other additions to the morning.
Warming up nicely now though.
Posted by Craig Digiscoper Shaw at 14:49