All over the place.

Catching up with a few days birding, here there and everywhere.
Caerlaverock 11th April.
Today I had my Health and Safety test in Carlisle, 1 and half answers wrong out of 50, bummer! ;-)  At least I passed.
Rach and I then went onto Caerlaverock Castle to meet our best Facebook friends Les and Sally Arnott with the kids Kate and Sarah.
We had a nice walk around the castle and gardens. 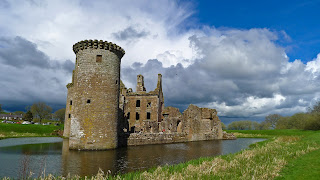 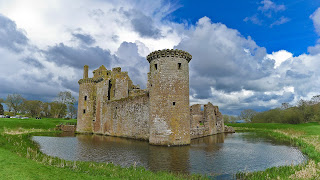 Les and Sally can only take so much of me or was it Rachel who knows ;0). So Rach and I decided to move onto Southerness where Colin had let me no the Red Breasted Goose was still in the area.
We found the flock but initially there was no sign but as I scoped the flying flocks I spotted it as it flew over our heads and into the fields in front of us, typical fencing was in the way. Nice scope views. I then Spotted a Dark Bellied Brent Goose and as I spotted it the whole flock took off and landed in fields miles away. A few more Holiday birders pulled up and for the next hour or so we struggled to find the RB Goose. The flock then finally flew close and after we had all scanned the flock 30 times between us all it miraculously appeared still a bit distant but great scope views. We couldn't re-find the Brent but a single Pinkfooted Goose was found. 300+ Golden Plover were in fields distantly. The Flock took flight again so that was our cue for food at Southerness and then home. 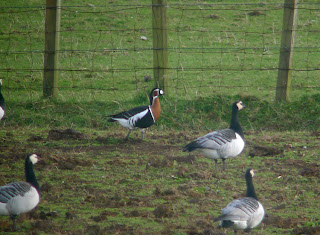 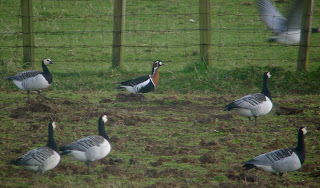 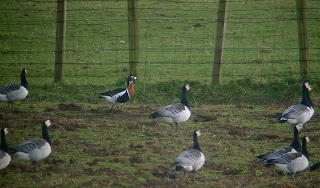 Soddy Gap 12th April
Chiffchaff singing outside the house this morning.
Low meadows return of a singing Blackcap.
Soddy Gap LT Duck, Drake Pintail and a Pinkfooted Goose with Greylags this morning. Still half a dozen Wigeon about.

Down south
We were heading to Chesterfield to see Rachels dad in the hospice so I thought we would have a 40 mile detour for the Thayers Gull near Scunthorpe.... DIPPED FECK!!! Oh well its not a full species YET!. We nipped into Hatfield Moor where we had 2 Summer plumaged Black Necked Grebe, I cant recall seeing Summer plum birds so this was superb. My first Swallow too. 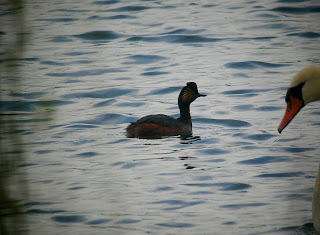 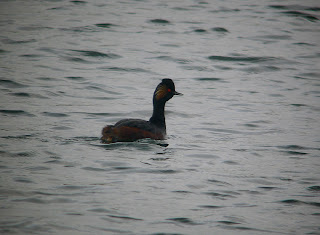 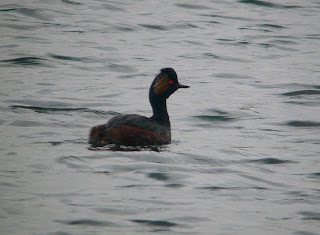 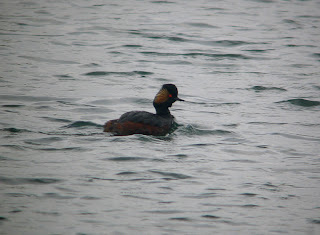 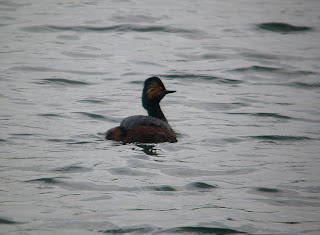 Friday 13th April.
Before Visiting Rach's Dad we nipped up to Stanage Edge to see if any Ring Ouzel were about. On the drive up to the crags a Male and Female Mandarin Duck flew over the car. We walked got to the top of the crags when a female Ring Ouzel flew past. During the morning we had at least 3 Pairs and some giving good scope views, there were signs everywhere saying not to disturb the Ring Ouzel so we only watched from a distant. A load of Wheatear and Red Grouse were other birds of note. 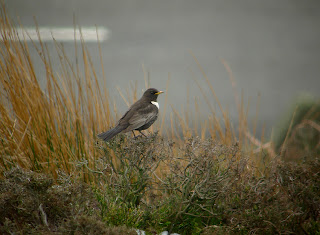 Posted by Craig Digiscoper Shaw at 17:12