At Soddy Gap i missed a reported Bonxie.. Bugger!
21st-22nd April Cheshire and Wales
Keith and I had the weekend in Cheshire and Wales, a very successful trip too, although it didn't start off too well.
2 Black Winged Stilts turned up at Leighton moss the night before so our plan was to get to Moss by 6-30, there were just a handful of birders on site but as the morning went on a few more birders turned up but none of us could find the Stilts, they had done a bunk, luckily  for me id twitched one the week before.A Greenshank from the quarry road was a year tick. Plenty of Blackwits and Avocets still, also 2 Little Egret. A Drake Garganey was the bird of the morning.
So by 9-45 we were at our second site in Cheshire called Moore Nature Reserve, the special species here being the Lesser Spotted Woodpecker. After 30 minutes face-book buddy Mark turned up to try to find the pecker too and he'd been here maybe 5 min before Keith spotted a male in the top of one of the nearby trees. It then spent a couple of minutes showing well low down on a tree in front of us, not had views like this for many years, lifer for Keith...... 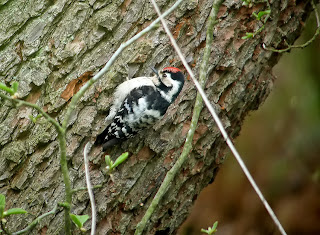 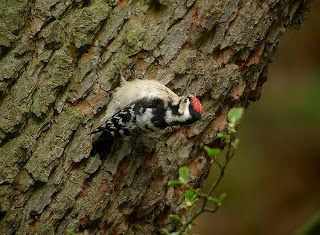 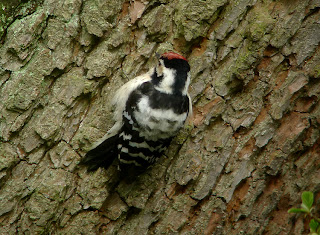 Next stop was to see another Face-book buddy Paul at his shop for a cuppa and a chat and to look through the new leica bins....(Rach said no, Damn).
After a great cuppa it we were on our way to  to Raby ponds for some very showy Mandarin Ducks, 5 males, the females must have been on eggs. 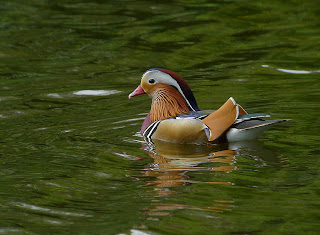 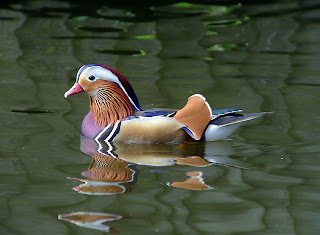 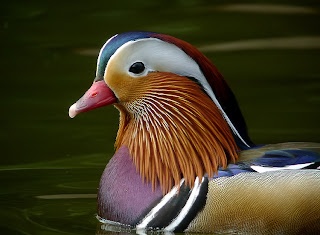 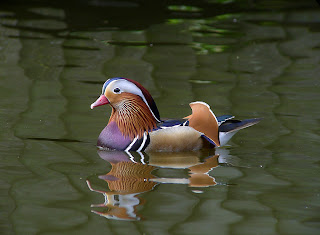 After lunch we chose Parkgate for a Distant Spoonbill and then had a hunt around the Wirral but it was very quiet. A quick sea-watch produced 1 Adult Little Gull and a few Sandwich Terns.
We pitched up at a Travel lodge  just outside Oswestry ready for tomorrows adventure. Black Grouse was on the cards which showed very well early morning, never actually been to a Lek so it was great to see. This was a place where getting out the car was a no no so i had to digiscope from the back seat not easy at all... 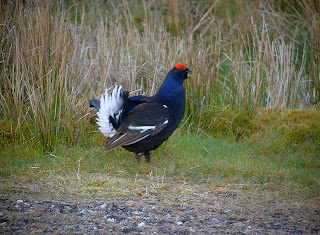 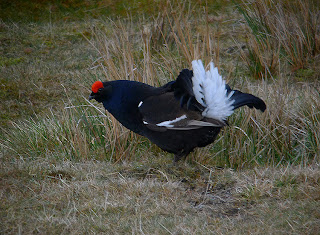 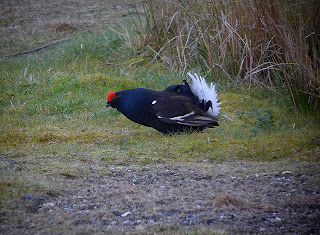 Then we went on a hunt for a Dartford Warbler, eventually Keith picked it up following a pair of Stonechats around the moor, brilliant it was a long shot but it paid off. 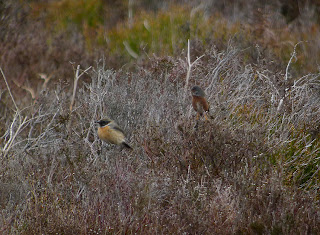 Our first Cuckoo of the year was calling in the distance.
We then moved onto Great Orme, another new site for me and great place, A fly over Chough was our target bird, bingo! We then moved onto sea watching near the shit hole that is Rhyl but we couldn't find the Scoter flock we had hoped for. It was now mid afternoon and time for an early trip home. A great couple of days and thanks to Keith for Driving.
23rd April
Work Work Work how terrible.
Well I was off up to Lochguillphead for a job for a couple of days, Monday was spent getting materials and machinery to site. The heavens opened which put a stop on work, the site needed to be dry. So I had the opportunity to search for the long staying Near adult Ring-billed Gull, it wasn't looking good as there were very few gulls about but then I spotted it flying in and landed on the water. It then had a fly around I was hoping it would land on the green but no such luck, it landed on a chimney pot instead... Bugger. After a few min it took flight over the village. I never saw this bird for the next few days i was here, how lucky was I. 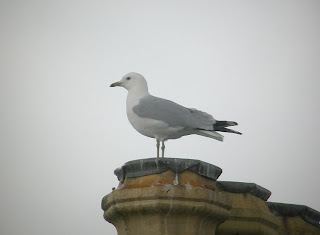 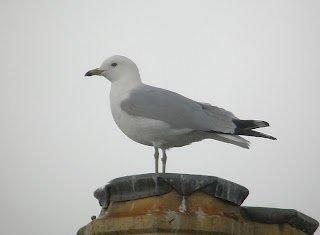 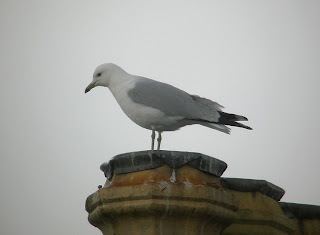 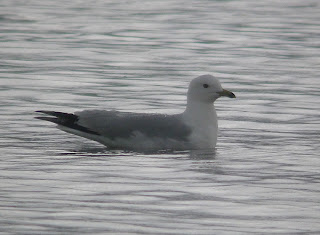 I waited for 20 minutes more but it never returned I did spot a female Osprey eating a fish on the far bank of the loch Fyne along with 3 Common Sandpiper. 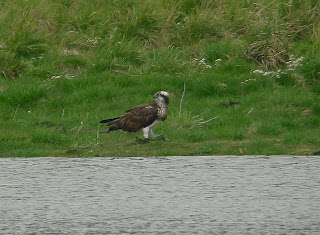 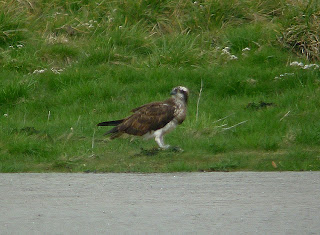 I then moved onto some sea lochs somewhere no idea where but they were great, superb views and no less than 14 Great Northern Divers, some in Summer plumage, 11 Black-throated Diver all in summer plumage and a few Red-throated Divers all in winter plumage. Also Eider, Shag, Red-breasted Merganser and a Black Guillemot. A massive Slow Worm was a surprise. Quite a few Cuckoo calling. After a good trip round it was time to get back to my BnB...

I managed a few shots of commoner species.
Today i was finishing the job and on my way out of site a Juvenile Iceland Gull flew over and landed in a field i did manage a distant shot. 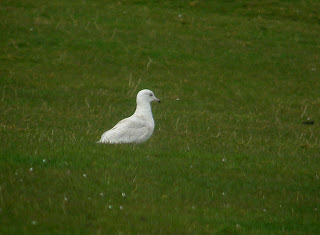 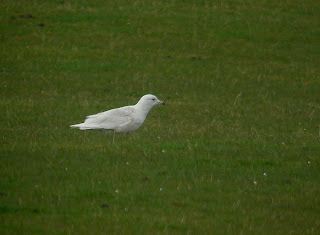 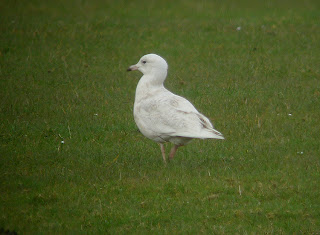 On the way home a year tick in the form of a Golden Eagle, it dived with its talons open at something, great views from Rest and be Thankful near Ardgarton.
Scotland's Great....
Posted by Craig Digiscoper Shaw at 18:56