Norfolk Running out of time...

Day 15 21st May
Today the parents left for home so it was time to hopefully see my first lifer of the trip.I Started by checking out a reported Siberian Stonechat at Salthouse, id seen a Continental Stonechat there last week, its breeding with a nominate bird, or its just an unusual colored nominate Stonechat... Anyway after looking at this same bird and chatting to locals turns out this is the bird being reported as a Sib Stonechat, so that solved that, no Sib Stonechat but i can sort of see where there coming from.. 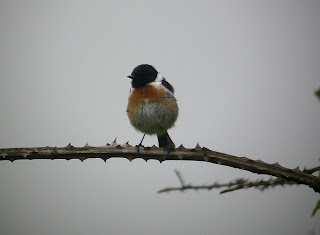 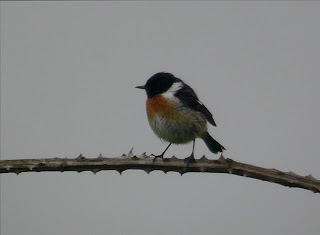 I moved onto watching the Bee-eater at Glandford again, this time it was showing a little better. I just love these creatures.. 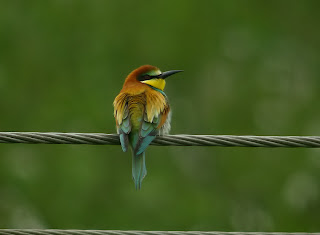 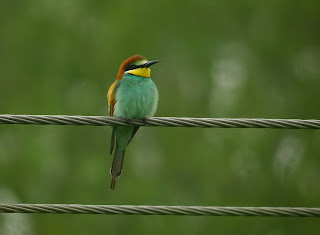 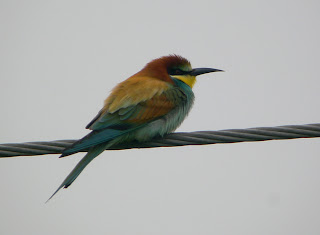 An Icterine Warbler than got reported from Burham overy but instead of twitching this I foolishly hunted the dunes from Waxham to Waverton trying to find my own with no luck and absolutely no birds except 2 fly over Turtle Dove, there were no migrants of any sorts, big mistake. A Long-tailed Tit showed nicely for me..... 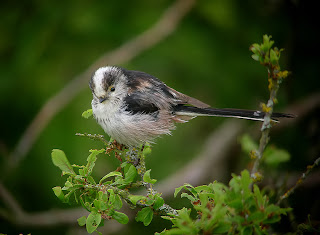 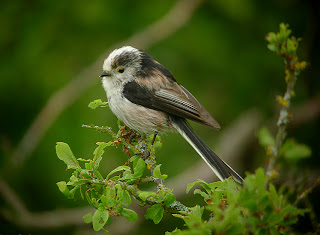 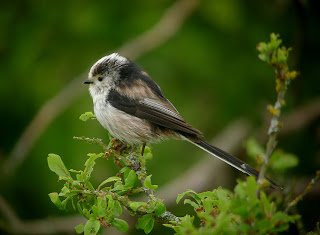 I then finished the day at Strumpshaw fen for the 2 week old Savis Warbler this was my first lifer of the trip, or so i thought but checking my records its not a lifer but i cant think where i had my first one.. Not a lot else around except a Booming Bittern and Marsh Harrier but at least I saw a couple of really nice birds today. I tried digiscoping the Harrier in fading light. 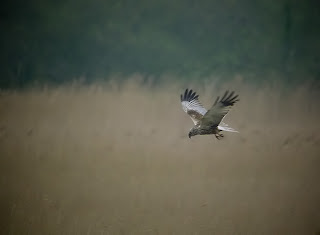 Day 16 22nd May
Today was Oriole Day. Started at Cley where I found a singing Nightingale then proper views of the Red Breasted Flycatcher at Warham Green and after picking Rach up moved onto a regular site for Stone Curlew, the heat haze was terrible and so dodgy views were had. I moved onto Weeting Heath for better views but still crap through the heat haze. Finished at Lackenheath for eventual nice views of a Male Golden Oriole. 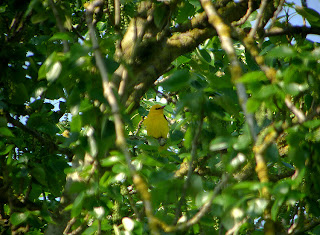 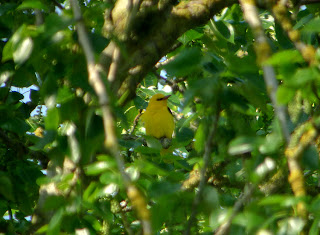 6 Hobby's were showing superbly and Common Crane were calling frequently. Hairy Dragonfly and Large Red Damselflys were been eaten by the Hobby's. Birding seemed hard work today but successful in the end.
Day 17 23rd May
Today was once again spent up the coast to Hunstanton, scoping the usual spots, Salthouse, Cley, Blakeney etc. Nothing of note here. At Warham Greens we spotted a Spoonbill and 2 Great-white Egrets on the marsh. The Egrets then flew towards Stiffkey. The Red-breasted fly seems to had bugged off and a fly over large Skylark sized pipit had me thinking Richards Pipit but it never stopped or called.. Bugger one that got away. Onwards along the coast to North Creak and Thronham for the Monties but they STILL weren't in!!!! Looks like ill miss them this year. A Red Kite was the only thing of note here. I was gonna make an effort by doing Ryburgh Watch point for the Honey Buzzards but it was misty and I felt probably pointless as these were probably late too. The Red Kite was the last decent bird of the day really. I missed a fly over Black Kite at Kelling Heath which was a bit disappointing but I cant stay on site all the time. Only a few Days left here now boooo.
Posted by Craig Digiscoper Shaw at 19:00