Cuckoo, Greenshank, 2 Ruff, plenty swallows house martins and Sand martins. Now 3 Barnacle x Canada. Yellow wagtails. 2 Whimbrel on Patch
29th April
Juv White-fronted goose still. My first ever Female Emperor moth, caught a few males in the garden to lure so nice to see they are local. 1 Whimbrel, 6 Yellow wagtail.
1st May Carlton Marsh
So started early on the patch, highlights were a late Fieldfare , 2 Cuckoo in flight and displaying, Willow Warbler, Common sand on the main flash as was a Greenshank. a Few yellow wags still and the usual White front and pink footed geese. A build up of 12 swift and lots of Sand and House Martins with the Swallows. 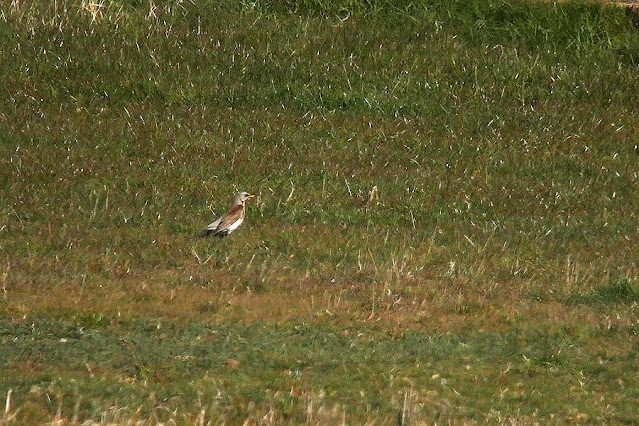 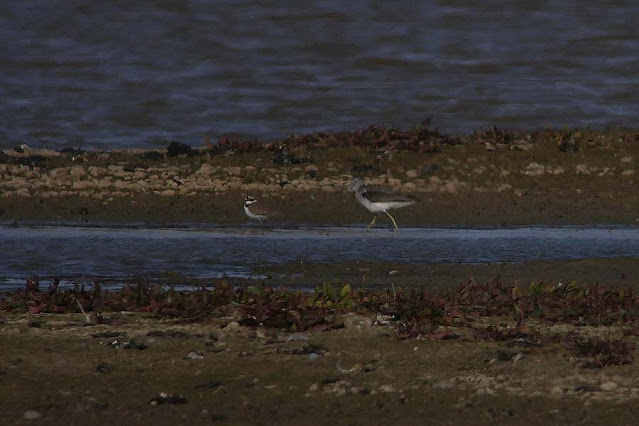 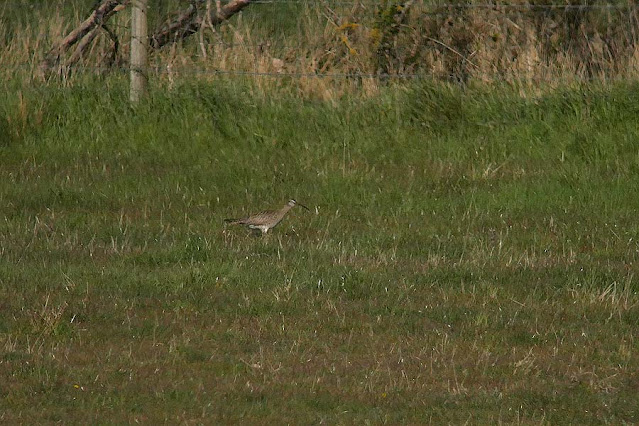 Time for a day out, Hoopoe at Carlton Marsh. Lets give that a go.
Well arrived to a car park full of cars. What the hell is going on here i thought. A large visitor center and big car park and then the dreaded kids playground, what were they thinking, kids playgrounds and nature reserves don't go. What a racket kids screaming parents shouting so much for enjoying the peace of the wild.... What really bugs me is the amount of hassle we get as dog owners and how were being pushed further away from nature yet the open space here especially is a free for all for kids and there toys with dogs being banned. So a kid can play football with dad n mum, but my collie cant play ball with dad and mum. Whats the difference, very little. SWT you need to take a hard look at yourself and think about the link between the younger generations education and playgrounds on a Nature reserve, they really don't mix well. Education center YES. Playground NO! Anyway thats off my chest.
One consolation luckily was once passed the awfulness of the VC the main reserve was quiet, such a relief. although still noisy families oblivious to the quite nature the reserve was made for.  Something SWT had got right was the main reserve, its looking excellent. Well done.
Walked the old route luckily still with the dogs in tow for now, heard Grasshopper Warbler, Willow Warbler and the usual host of other warblers. Cuckoo distantly. Arrived to the new Octagon platform which was very good, 3 Wood Sandpiper showing well and 2 Blue Headed Wagtails. Settings were all mucked up on my camera so pics were poor. 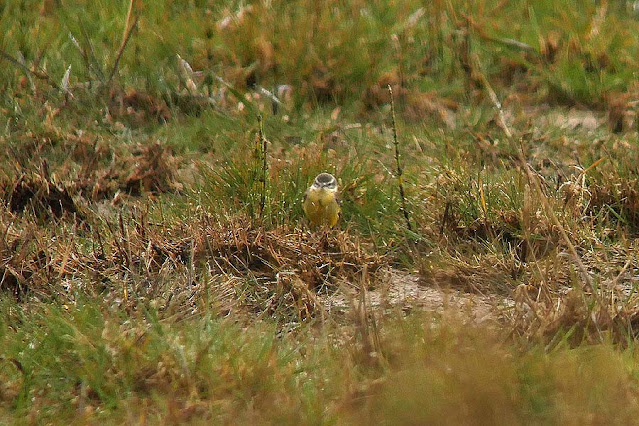 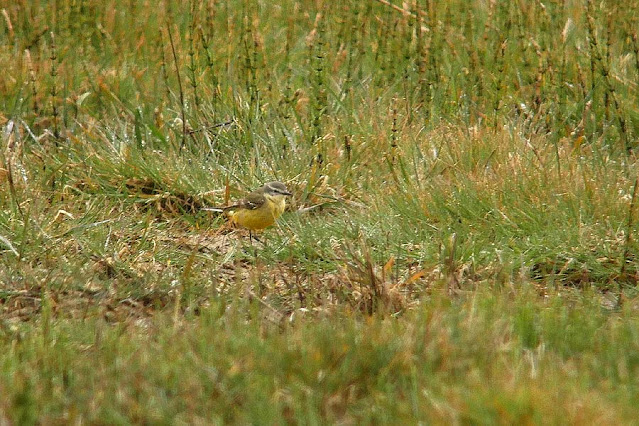 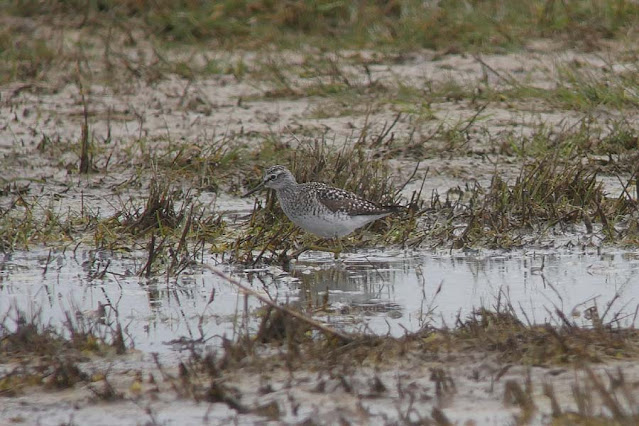 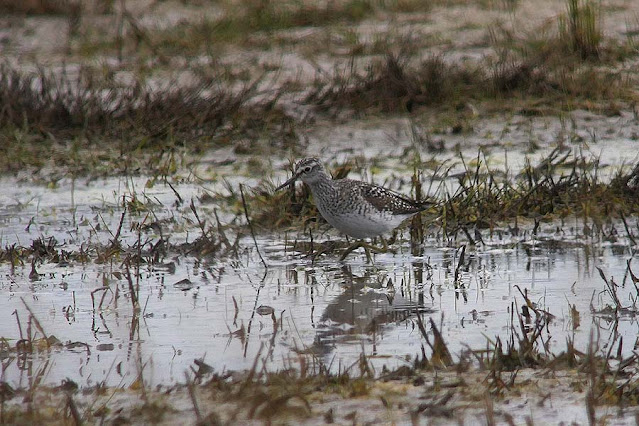 Great white egret was hidden away in the reeds, 2 Ruff flew over and a nice Wheatear feeding in the field. 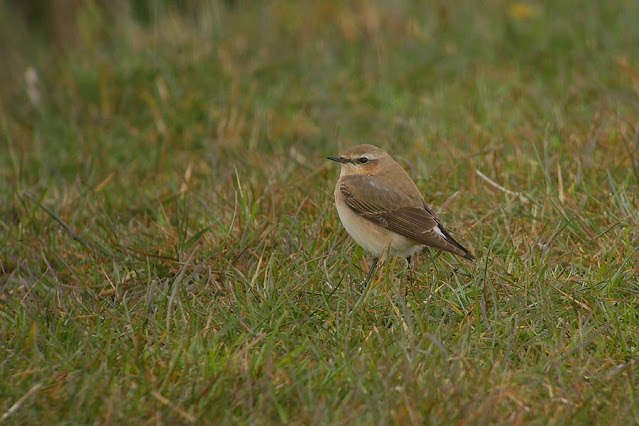 Walked the circular and looked over Petos marsh, that was looking good. 3 Little Ringed Plovers, another Wood Sand and 2 Common Sand was the best.
Hoopoe was being seen on and off so nipped to go see that, dropped Dogs off back at the car as it was the part where i was being discriminated against again! ;-). Nosiest part of the reserve but no dogs allowed, the icing on the cake was whilst reading the notice about the dogs i looked up to see scopes and bins looking my way, the Hoopoe had just flown past me and i didn't notice......... I had some lunch from the VC in the noisy picnic area hoping the Hoopoe would return, unfortunately it didn't, so that was the day done.
A reserve that wont be top of my list to visit again and my membership cancelled.
Posted by Craig Digiscoper Shaw at 16:14