Well it was supposedly Rachel's birthday weekend so the plan was to have a couple of days in Edinburgh shopping booo ;-). So we both got Friday off but plans changed just a little.(selfish ba*tard) ;-) We headed for Edinburgh right enough, via Holy island though. First stop was for some geese just off the A69, but no sign of any but we did see an Otter in the river. So then we stopped at Dunstan just south of Holy Island where we finally found some geese. 100+ European Whitefronts and 2 Bean Geese with a load of pinks and a few Barnacles, the two ross's geese were missing though. a couple of distant record shots and it was time to get to Holy Island, time was pushing on.


We arrived onto Holy Island and i was quickly heading up the beach along St Cuthberts way. I managed to find the Eastern Black Redstart that had been present for a couple of days, what a stunner. Now its not a full species yet but i'm sure it will become one its so striking. Latin name P. o. phoenicuroides.
After my fill of this stunning bird it was getting dark or at least the light had gone so it was time to head for our room in Edinburgh. I was unable to do anymore birding. 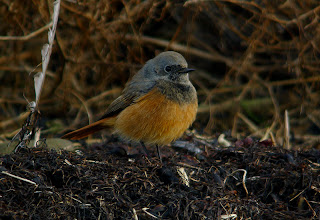 We made good time on the way home and was back for half eleven when i had a message from Keith telling me about a Green winged teal he and Phil had found, so i headed straight for here.
When i arrived i walked down to the edge and immediately picked up the Teal, and then a Bittern flew over. Keith and Phil joined me later and they had missed the Bittern but no matter over the next couple of hours at least 3 were seen well in flight and on the edge of the pond. 2 Whooper swan a few Water Rail and 2 Med Gull were also present.  I managed a couple of color ringed reading of Mute swans White ATK and White AYH. 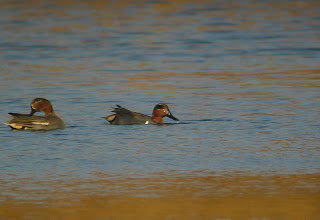 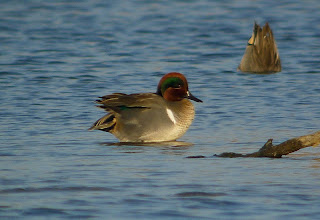 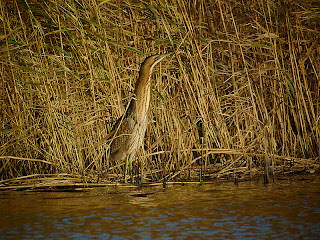 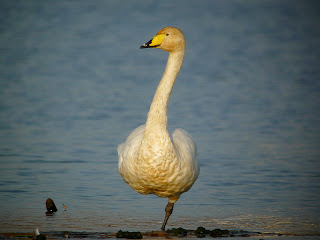 I did have a couple hours at Caerlaverock but didnt see much..... 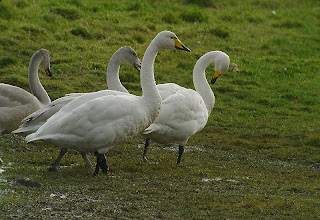 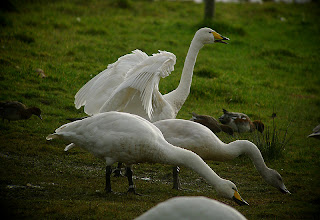 Posted by Craig Digiscoper Shaw at 18:39