Well i tried to resist going ALL the way to Spurn to see a very rare Isabelline Wheatear, but i just couldn't and rach agreed to come along to share the driving.....what a doll! So the last minute decision happened at 10-15 and by 10-30 we were packed and ready go. By 14-30 we had arrived at spurn and rach dropped me off, so off i went quickly walking to the site of the Wheatear.
I got onto the bird straight away so went for the camera and it Flew off...noooo was that it. No it wasnt it landed further up the beach. The light had completely gone by now, looked like rain so i followed the bird around a little and managed some really disappointing shots, but hay i just got my 365th Lifer! Wohoo!
After my fill of this bird rach pick me up and we went to find some overnight accommodation, we weren't driving back tonight. We had Jamie the dog with us so after about the 3rd BnB we found one willing to accept dogs, a Pub in Easington the Neptune i think it was a bit of a dive but staff were friendly and the food and beer was great. 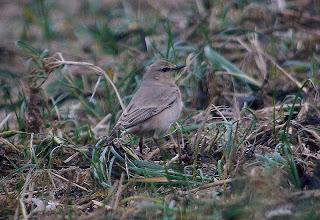 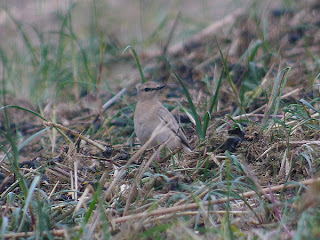 ﻿
﻿
Through the night a Tawny Owl was calling outside our shack!.
Next morning after breakfast Rach dropped me off at Spurn again whilst she headed for Bridlington with the Dog. Spurn seem to accept hundreds of Killer Fishermen and there miles of fine death to wildlife line but wont accept well behave dogs, a real shame.
So now i went on the long trudge from the entrance to the point and back looking in all the nooks and crannies.
I couldn't relocate the Wheatear again and seeing as no news was being put out (being a good boy) I put negative news out. A fly over Lapland Bunting was a nice surprise and a strange Marsh tit pechoo pechoo pechoo call was heard but i have no idea what it was, again a flyover???? any ideas anyone.
I got to some taller vegetation when a Buck Roe Deer was stood staring at me only 5 meters away. A few Brent geese and a couple of Little Egret were present. 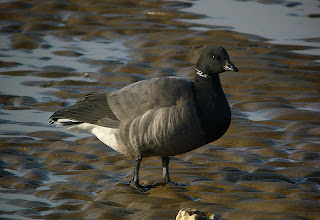 I reached the point and the lifeguard area when a Black Redstart flew out in front of me and headed for the houses. I relocated it again with some other fellas but it didn't hang around for any pictures...
I had a good scan of the bush's but nothing out the ordinary.
An hours sea watch produce my first Little Auk of the year, plenty of ducks n stuff but nothing special.
I had a slow walk back and found nothing really new until i got back to the obs when a Short-eared owl flew in off the sea and landed out of sight in the marsh..
I finished with a 45 min Seawatch and what a great finish it turned out to be. I sat down next to a few people and immediately picked up a Juv Sabines Gull heading North, i told the obs but no news was put out so maybe they didn't beleve me.. their loss!!!!Whilst getting the others on the bird a Skua flew past, possibly a pom but i didn't stay in it long enough to check, i was trying to get people on the Sabs. I managed to spot a few more skuas, 3 Great and a Dark Arctic as well as 2 more Little Auk. A Comminc Tern was fishing a fare way out, beyond me to id it with certainty. there were plenty more Ducks Scoters Gannets a Grey Seal and plenty of Kittiwakes past. It was time to call it a day and at 14-00 Rach picked me up. We stopped at the toilet block before heading home, a female type Scaup was on the ponds near the carpark.
An incredible and unexpected Weekend....
Posted by Craig Digiscoper Shaw at 21:37