Well It was blowing a hooey and pouring down with rain so it was a late start 9am but a trudge around the patch was in order so dolled in all me wet gear and wellies,  off I went.
It started Promising with plenty of birds flitting around the undergrowth mainly Blue Tits and Long Tailed Tits with the odd Goldcrest and a Tree Creeper. Then another patch tick a Common Crossbill flew over calling. I moved a bit further down when I spotted a Muntjac Deer it was windy so it couldn't hear me and the wind was blowing towards me so it couldn't smell me either so I hunked down and managed to get these shots below as it slowly made its way towards me, ive never had such good views, stunner. They normally scarper as soon as they see or hear ya. It was my lucky day. Click pics to enlarge. 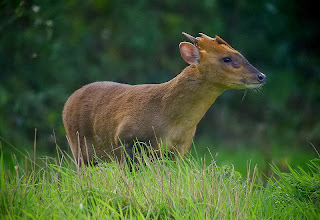 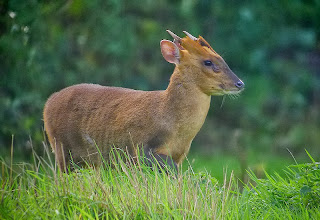 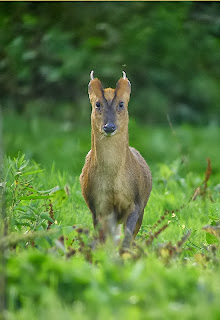 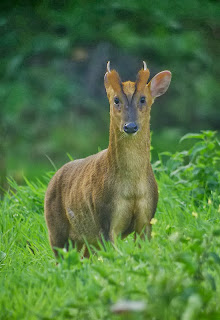 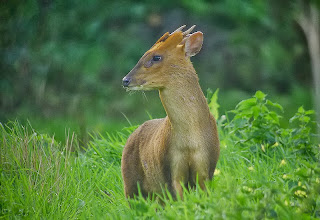 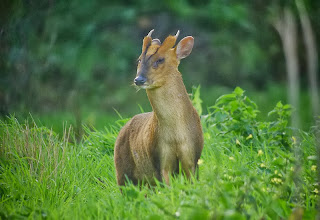 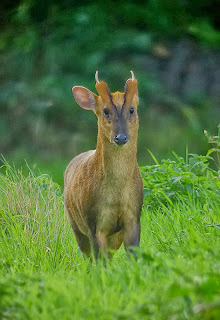 I moved on around to the ponds picking up 30-40 Redwing going over in dribs and drabs and then a Great Spotted Woodpecker landed close. 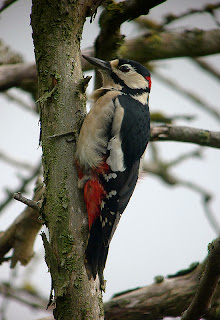 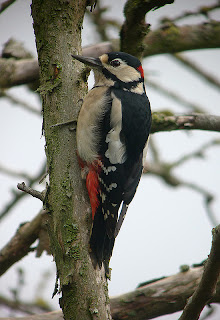 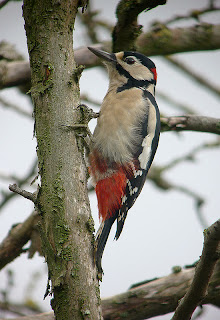 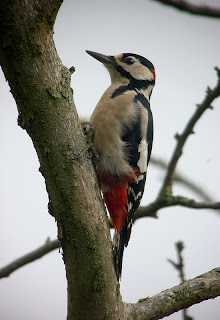 From here I moved onto The Old Sewage works but it was very exposed here and just Chiffchaffs really.
Finished with a couple hours sea watching, a Greylag was a patch tick, 26 Gannets all 1st winters but 1 adult, 25 Common Scoter, a couple of Little Gull and 3 Brent Geese but otherwise too quiet. Norfolk were getting Leaches Petrels, Sootys and Sabs gull but the wind needs to swing around a little , tomorrow could be good. I did go back out early evening for another go at Sea watching but just 3 Brents  and another Greylag Goose was really it..
Posted by Craig Digiscoper Shaw at 20:07