Well what an excellent day, I wasn't really expecting much. Rach was on her way to visit so I never got out early just spent a few hours cleaning up and then and hour in the Gym. After my shower I still had a bit of time before she arrived so nipped out onto the patch. The guys were finding Firecrests everywhere then a couple of Yellow browed so there was some movement. So anyway I started at Radar Lodge but it was extremely quiet. the guys was using a rifle  so that put pay to any birds being there.  Next was the disused railway again very very quite so moved the the churchyard and surrounding fields. I could here a YELLOW BROWED WARBLER (and it was definatly a YBW and unfortunately not Pallas) coming from my right so I walked the whole of the caravan park to try find it but I just couldn't find it and it had stopped calling. A few chiffchaff was it really.
So I headed for the old Sewage works but it was quiet until I walked the stubble. Getting to the end of the Stubble I heard the call of the SHORELARK  I thought they were flying over but they weren't they were only sat on the ground. Initially picking up just 1 then 3 came into view amazing, id never found SHORELARK and they were crackers !!!! 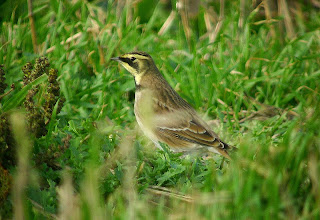 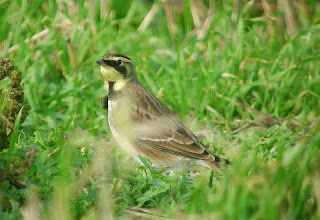 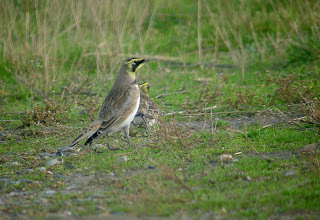 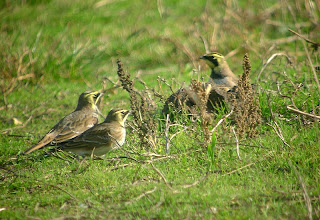 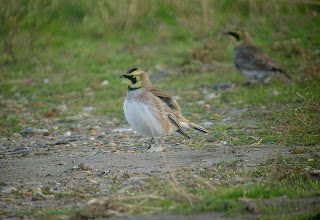 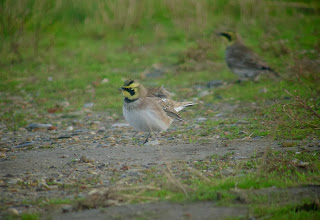 Rach arrived with the dogs so after her cuppa we had a walk along the beach to North Denes, taking the top road until we saw birders below so headed for them. They had heard a PALLAS WARBLER but not seen it yet, they had been there a good hour and not seen it the poor sods. Within about 10 minutes I had picked the bird up and luckily managed to get everyone on it. phew.
We carried on back home picking up 2 cracking SNOW BUNTINGS on the beach id have got some super shots had I took my camera and scope.. doh. ah well.  So the day had been superb and I didn't really have to try very hard, I wish everyday was like this, oh hold on it is  ;-) ....

forgot to mention the vast numbers of Ladybirds in Corton Dis Railway. Many 2 Spot Ladybird of the Melanic form and Harlequin Ladybirds too. 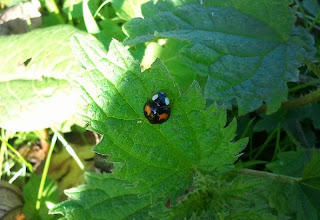 Posted by Craig Digiscoper Shaw at 17:59